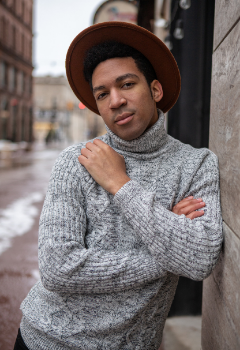 Stefon Funderburke is excited for his Williamston debut! He is Currently a graduate student at Michigan State University getting his MFA in Acting. Originally from Pittsburgh, Pennsylvania, he earned his BFA in Musical Theater from Youngstown State University. Stefon has toured with children’s theaters all over the east coast and even on Zoom. He has performed in outdoor drama, Cedar Point, and Shakespeare since graduating from college. Stefon’s greatest accomplishment is being a father to his 2-year-old cat Miss Celie!