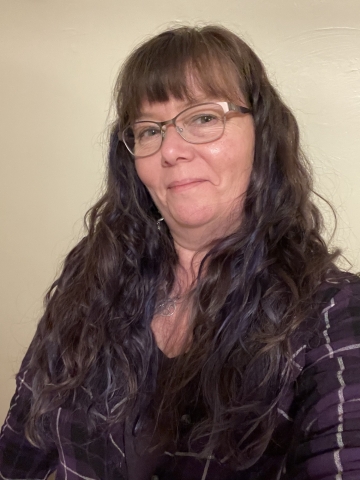 Chris Purchis is an arts administrator, photographer and actor.  She started working in professional theatre the summer of 1989 as the Business Manager for the Cherry County Playhouse (Traverse City, MI).  Before helping to co-found the Williamston Theatre, Chris was the Company Manager for The Purple Rose Theatre Company (Chelsea, MI) for a little over 13 years.  In addition to her Managing Director duties, she is the Williamston Theatre’s production photographer.  As an actor, Chris appeared on the WT stage in The Woman in Black, The Dead Guy and for two performances of The Smell of the Kill.  Other favorite productions include Noises Off!, Orphan Train: An American Melodrama, Godspell, Hank Williams: Lost Highway and The American Plan.  Chris received her Bachelor’s Degree in Arts Management from Eastern Michigan University.