Book and Lyrics by Boyd Graham
Music by Jed Feuer 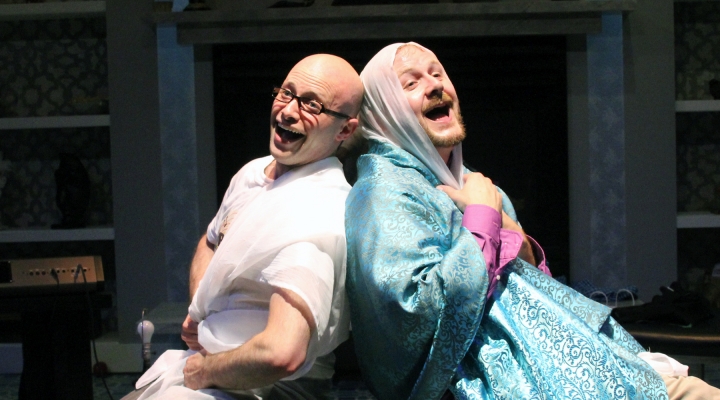 Jed and Boyd need your cash!  Have you ever wanted to invest in a Broadway Musical?  In this outrageous musical comedy, two wanna-be tycoons are desperate to line up funding for their new project, “The Big Bang”, so they’ve set up a “backers’ audition” and you’re invited!  With a cast of hundreds, the overblown extravaganza they’ve written is the biggest thing Broadway has ever seen and depicts the entire history of the world – from the formation of the planets right through the most important events – Adam and Eve!  The Pyramids!  Cher!  Will Broadway ever be the same?  This zany song-and-dance romp will leave you breathless!