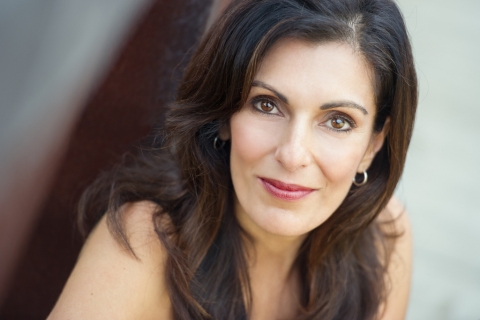 Sarab Kamoo is thrilled to be returning to Williamston Theatre this upcoming season and remounting the one-woman show 9 Parts of Desire (Critic’s Choice Award- Between the Lines). Sarab has also been seen at Williamston in Silent Sky, boom (Best Comedy- Between the Lines) and Panache. Other theater highlights include: Sherlock Holmes and the Adventure of the Elusive Ear, Smart Love, and The Underpants at the Purple Rose Theatre; Dancing Lessons at the Jewish Ensemble Theater; Falling, and Luce at Meadow Brook Theater; God of Carnage, and Sonia Flew at The Performance Network; and Comedy of Tenors and Don’t Dress for Dinner at Tipping Point Theatre. Film credits include Happiest Season, Stone, Conviction, Trust, The Giant Mechanical Man, Won’t Back Down, Secrets in the Walls, Lovestruck the Musical and episodes of Detroiters, Low Winter Sun, Chicago Fire and Chicago PD.  In addition to her acting, Sarab is also a part-time school social worker in the Rochester School District.