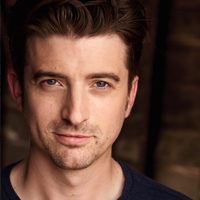 Ryan Welsh earned his MFA from the University of California, Irvine. He has worked professionally as an actor, director, and writer in Los Angeles for nearly a decade. His films have been showcased at festivals around the world and distributed with Gaiam TV, and Gunpowder & Sky’s network, Dust. One of his recent films, It’s Okay, has been showcased at multiple international film festivals including Pasadena International Film Festival, Woods Hole FF, and Vail International Film Festival. His first film, This Is Normal, received the Best of Festival award at the Seattle Deaf Film Festival, as well as acclaim from the Deaf/HoH community for the film’s nuanced approach to living with hearing loss. As an actor, Ryan most recently worked with Center Theatre Group (Los Angeles) at the Kirk Douglas Theatre. He was awarded Best Lead Actor for his work on Outpost at the FilmQuest International Film Festival. He was also a series regular for two seasons on the Lionsgate Entertainment show Bite Me which earned him a nomination for a Streamy for Best Lead Actor in a Comedy. Additionally, he has appeared in numerous commercials both at home and abroad. As a writer, he had several screenplays produced, and several commissioned with companies like Lunacy Productions, Epic Level Entertainment, and Baby Under The Moon Productions. His plays have been featured at The Road Theatre (Los Angeles) and the Activate Midwest New Play Festival.