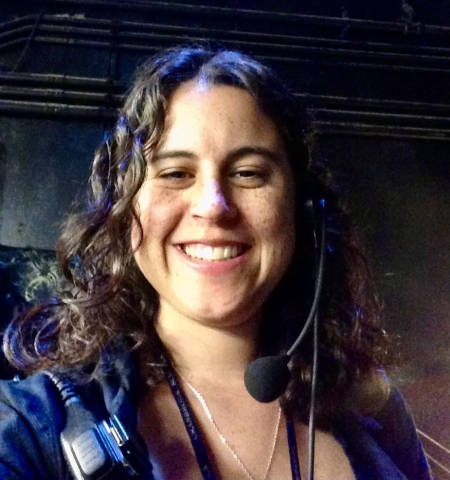 Maria Tejada is a professional stage manager who has worked with several Michigan and DC theatres including Shakespeare Royal Oak, Planet Ant, Spooky Action Theater and Sitar Arts Center. She spent six years as part of the stage management team at the Shakespeare Theatre Company in Washington DC, even traveling to Macao, China with their production of A Midsummer Night’s Dream. Some of her favorite productions at STC were As You Like It directed by Michael Attenborough and Othello directed by Ron Daniels. She has also had the pleasure of working on The Comedy of Errors at Hartford Stage under the direction of Darko Tresnjak and STC’s Hughie starring Richard Schiff. Maria graduated from Grand Valley State University with Bachelor of Arts degrees in Theatre and Spanish. She is the Director of Audience Services and Production at Open Book Theatre Company and was a facilitator of Detroit Public Theatre’s Shakespeare in Prison Program.