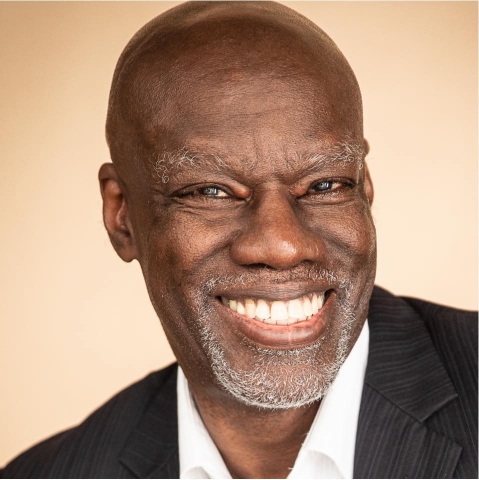 Rico Bruce Wade is an actor, writer, producer and comic and is part of one of North America’s richest comedy traditions, the Second City. As a mainstage cast member of the Second City- Detroit, Rico co-wrote and performed in six revues including “Computer Chips and Salsa,” and “One Nation Undecided.” He also directed the Second City-Detroit touring company. Rico eventually completed his Second City resume by becoming producer of the Detroit venue. The revues he produced include the critically acclaimed revue “Greetings from Viagra Falls,” and Second City-Detroit’s first workshop production, “Blah Blah Sista’ Hood.” He was also co-producer of the television series “Film Fest 7 with the Second City.” Rico has designed and facilitated workshops in improvisation for over twenty years.

Mr. Wade has appeared in numerous Flint Rep productions, including the World Premiere of The Boatman, Into The Woods (Wilde Award - Best Supporting Actor in a Musical) and One Flew Over the Cuckoo’s Nest. Some of his other credits include Ixion Ensemble's production of Broke-ology, the Clarence Brown Theatre production of Master Harold… and the boys and the Farmers Alley Theatre production of The Whipping Man. His film work includes lead roles in Ken Nelson's ‘Sincerely, Brenda,' Scot Magie's ' FOUR-NINETY' and Jeff Wray's 'Songs for My Right Side.' Rico is an instructor at Wayne State University and a teaching artist with the Detroit Creativity Project, Planet Ant Theatre and the Michigan Actors Studio.